Singapore to KL on MAS and what a disaster it was!

As regular traveller I’m well used to flight delays and even the odd cancellation with some of the less well run airlines such as Tiger Airways.

Following a long break from Malaysia Airlines mainly due to cost issues I managed to secure a reasonably priced SIN-KUL return ticket oleaving on the Friday 18:15 flight (MH608). After arranging an early finish I was feeling chuffed because would be home in time supper and I managed to get my usual seat. 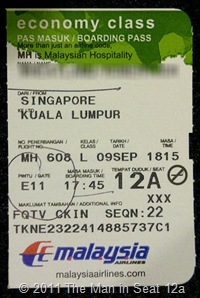 Upon arriving at the gate despite the screens showing on time I found out that the nice new shiny b737-800 had a delay of 20+ mins. 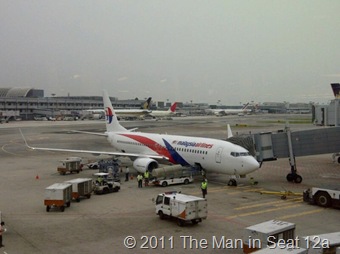 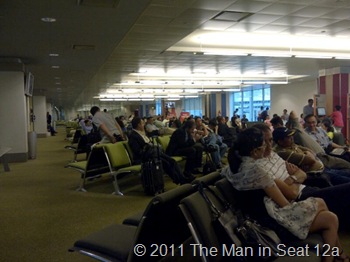 Things then took a turn for the worse when the take off was aborted whilst speeding down the runway due to a technical problem.

After parking up for a while we moved to another gate where were kept on the plane for a further 1 hour and occasionally told that they were trouble shooting a technical problem before they decided to offload us. 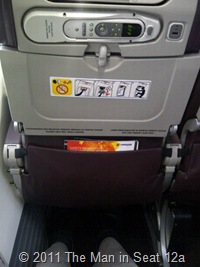 I couldn't help look at the SQ/Silk air flights leaving and wish I had travelled on them like I usually do. 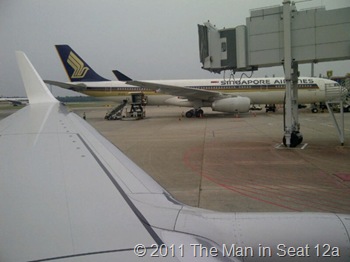 Nobody thought to stop the delayed 19:15 flight or even move people to the silk Air fight at 20:00 and to make matters worse the 21:15 flight was almost full so people with MAS connections were prioritised over others.

When I challenged one of the cabin steward's I received as to why we were not updated and the other flight held etc I received a rather condescending response which was met with some comments I’m not proud off.

Upon being dumped back in the terminal a complete lack of information from the ground ensured that the situation was a complete shambles. The ground staff at the gate didn’t want to make an announcement and seemed completely clueless.

Some people were being rebooked on the 21:15 flight others were told that the flight is going at 22:00 and some were given food and beverage vouchers. After a period of time we were all asked to just go to the food court and show our boarding pass to get a brink and a sandwich.

With budget airlines you almost expect a poor service but with a full service carrier such as Malaysia Airlines I expect better.

Fortunately the late night inbound flight which stays in Singapore was used to take us back to KL at approx. 00:40 and the men with spanners were due to work on the broken plane overnight.

Upon boarding the old 737-400 I realised that Seat 12A exist and the cabin crew said that the ground crew should have move my seat.  Fortunately for me that even with the crew of the original flight travelling as passengers there were spare seats for me to take.

On Saturday I curiously checked the Changi website and found that the early morning flight from SIN-KUL was cancelled. I guess there the plane wasn’t fixed and/or there wasn’t a crew available.

Well done MAS you screwed up my evening as well as a plane full of people on Saturday morning.

Posted by The man in seat 12A at 01:54
Labels: Airlines, Flying, General, Malaysia Airlines, Singapore, Travel