KLIA Taxi - Scam or not?

I would like to alert travellers to an issue with taxi’s at KLIA.

The taxi system at KLIA is pretty confusing for most people unless you are a regular traveller to Malaysia and the very poorly design website www.klia.com.my doesn't offer any information regarding taxi services at the airport.

The main taxi company at KLIA who until recently held a monopoly is Airport Limo. This company provides a multi tired limo service by way of stating your destination, class of taxi and then purchasing a coupon for the journey.

The other system is what’s known as a city cab which is basically a standard meter taxi service which operates from level 1.

One of the frustrating problems with Airport Limo is the regular shortage of taxi’s especially at peak periods or owing to traffic congestion in KL. It is quite common for the coupon counter staff to tell you that there are no taxi’s or that there is a big queue.

I usually take a premier taxi which is between the budget and limo for a more comfortable ride and the fact that most of the drivers know the location of my condo. 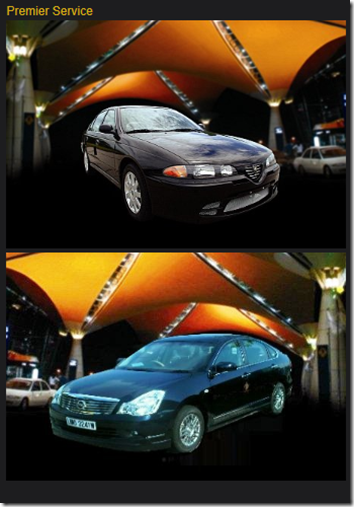 The taxi coupons sold are valid for a month and owing to my weekly trips to and from Singapore I always have an option to use it another week if I change my mind and take the train or city cab.

Over the past few months I’ve noticed a trend whereby I’ve been told time and time again that there were no taxi’s and that I must get a limo or mini bus which costs significantly more than a premier taxi.

When I’m told that there are no taxi’s and I must get a limo/mini bus I simply request that they sell me a ticket. The counter staff look confused and usually don’t want to sell me one. When I firmly request a coupon the behaviour of the staff usually follows a similar pattern whereby a lot of time is spent on the radio chit chatting (about me) and generally ignoring me.

When I force the issue the staff act very sheepishly and begrudgingly sell me a coupon. Now the strange thing is that 9.9 times out of 10 when this happens I find little or no queue and at least several taxi’s available at the premier car area outside door 5.

The behavior of the staff and the fact that there isn’t usually more than one or two people queuing for the premiere taxi’s makes it appear that there is a scam taking place to rip off unfamiliar travellers. I have witnessed several other people encounter similar experiences at both the budget and premier services.

So is it a scam or are the unwelcoming counter staff simply out of touch with what is happening in the queue even though they have a radio?

The taxi service at the LCCT operated by a different company also tries this from time to time, however I haven’t found it quite so prevalent.

Perhaps it’s time raise a report to the authorities, not that SPAD will take any real action.