Over the past few years Wangsa Maju has changed considerably with the opening of Wangsa Walk Mall and the adjacent Wangsa Link shop houses. As a result of the new developments several restaurants have opened including a branch of Ayers Rock Butcher and Grill. 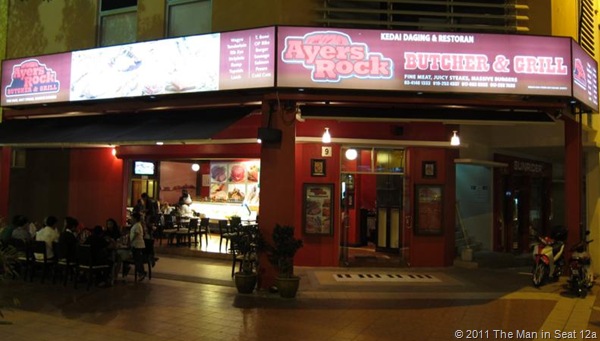 After reading some positive reviews we recently decided to try our local branch on a Saturday night. The restaurant concept seems to becoming popular whereby there is a meat chiller cabinet with from which customers can choose the cuts of meat to take home.

The restaurant wasn’t practically busy although a few large groups occupied some tables after choosing our table we were presented with the menu. The menu is basic and the restaurant offers most cuts of meat, wagyu, sausages and burgers. In addition to meat Salmon, fish and Prawns were on the menu.

Things didn’t start well when my wife wanted the fish or the prawns only to be told that it was finished so she ordered the 150gm beef burger priced at RM15. I ordered the standard tenderloin priced at a reasonable RM45 and the menu states that all meals come with fries, salad and “special sauce”.

After 15-20 mins the waiter brought out a sausage meal and seemed confused when we told he that we hadn’t ordered that and a moment later my steak arrived. It was at this moment I realised that the waiter hadn’t asked either of us how we wanted out meet cooked with myself being partial to steak being cooked medium rare

I was starting to get concerned. The meat seemed to be several small thin cuts which is the first and I hope last time that a tenderloin is served that way. The steak was swimming in a black pepper & cream sauce and accompanied by salad and some cold potato salad. 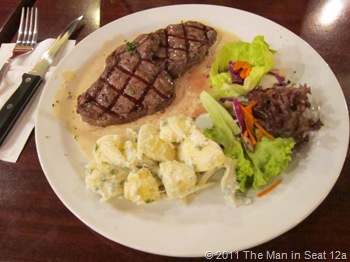 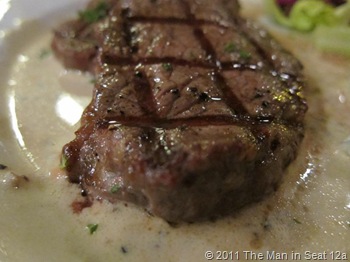 After waiting some time neither fries or my wife's food arrived so I asked the waiter why there are no fries and was told that the menu said salad or fries. I disagreed and at this point I had to point to the menu and ask him to show where it said that and he conceded that he was wrong. Even if the menu had choices we were never asked. 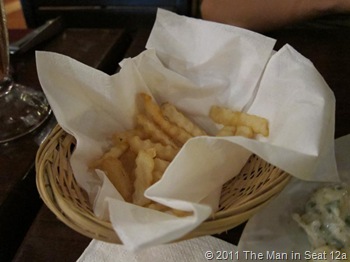 After another 5-10 minutes a small basket of only just warm and undercooked fries arrived which were very poor. By now 35 minutes after arriving there was still no sign of the burger and we were informed that it would be another 10-15 mins and that the fries had now finished.

I really cannot believe that a restaurant which is situated within walking distance of a large Carrefour and a Cold Storage cannot get a bag of two of fries if they know that they are running low.

The steak was quite tasty however the sauce was over powering for somebody who is not a black pepper fan.

Almost 50 minutes after arriving the burger arrived and looked simple but good. The patty appeared to have been home made and was very tasty. Unfortunately the restaurant had decided that the burger would also be drowned in the special sauce which spoilt it a little. 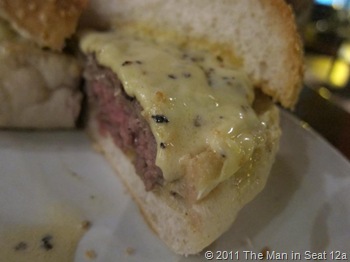 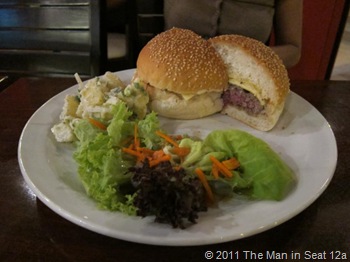 The restaurant is halal and doesn’t serve alcohol so ice lemon tea was ordered.

The staff could clearly see that I was not at all impressed with either the service or food and to their credit a discount was offered when I paid.

I have to say that this was an extremely disappointing experience all round and although the prices are reasonable I cannot see myself going back there any time soon.